This is the moment when a horse is shown to be lost in a video posted on youtube in which it is extremely hungry and a little scared at first sight to approach Chip Dodd, the man from the truck.

The video went viral on social media after many people were impressed by the kindness of Chip Dodd from Urbanna, Virginia. 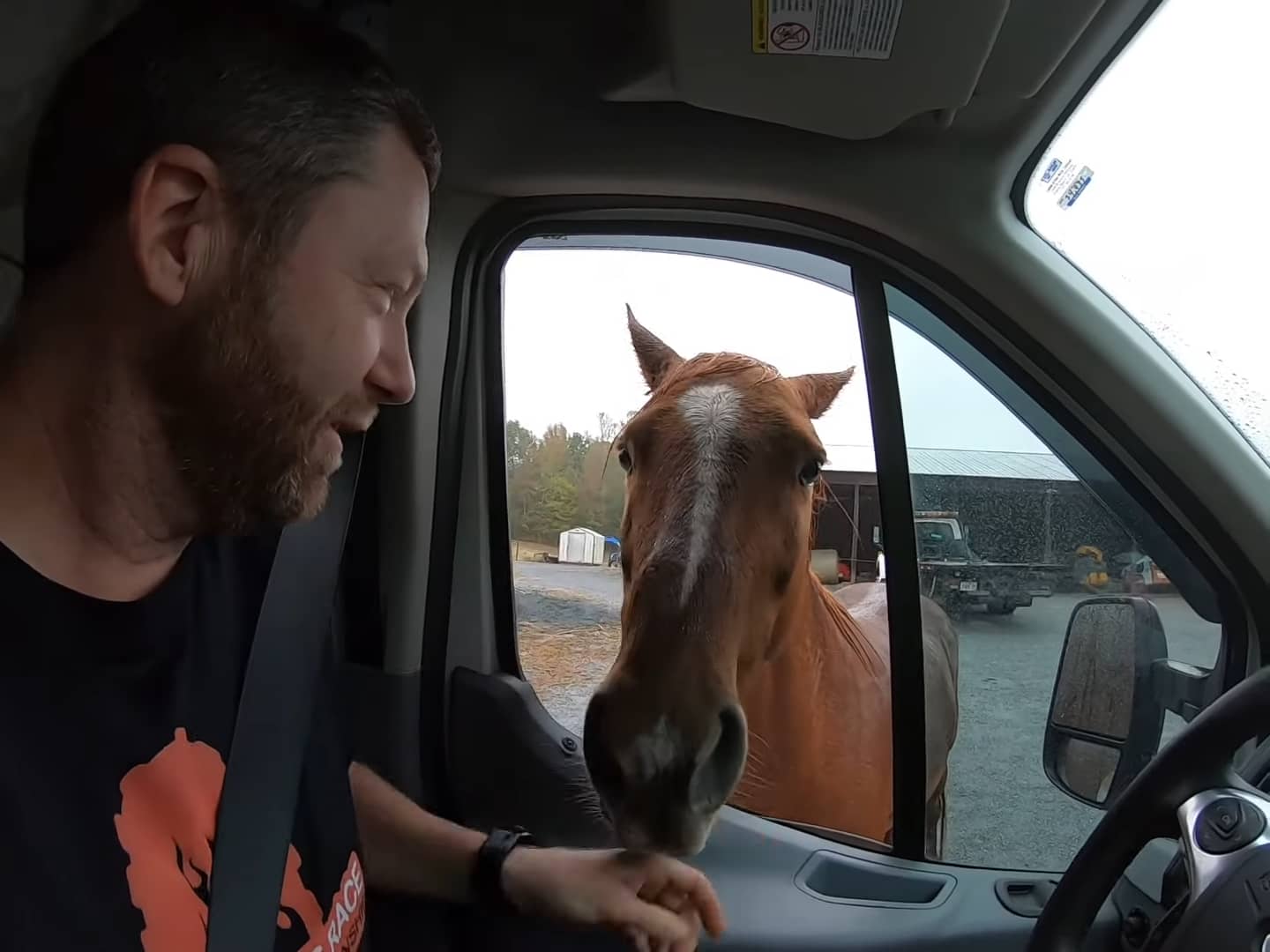 Chip Dodd said: “ He is ready to get pack wrapping but here is a glue support along the road” of course with reference to the horse.

In the truck, there is also a woman, the one who filmed this funny action and who was confused about what will they do next? 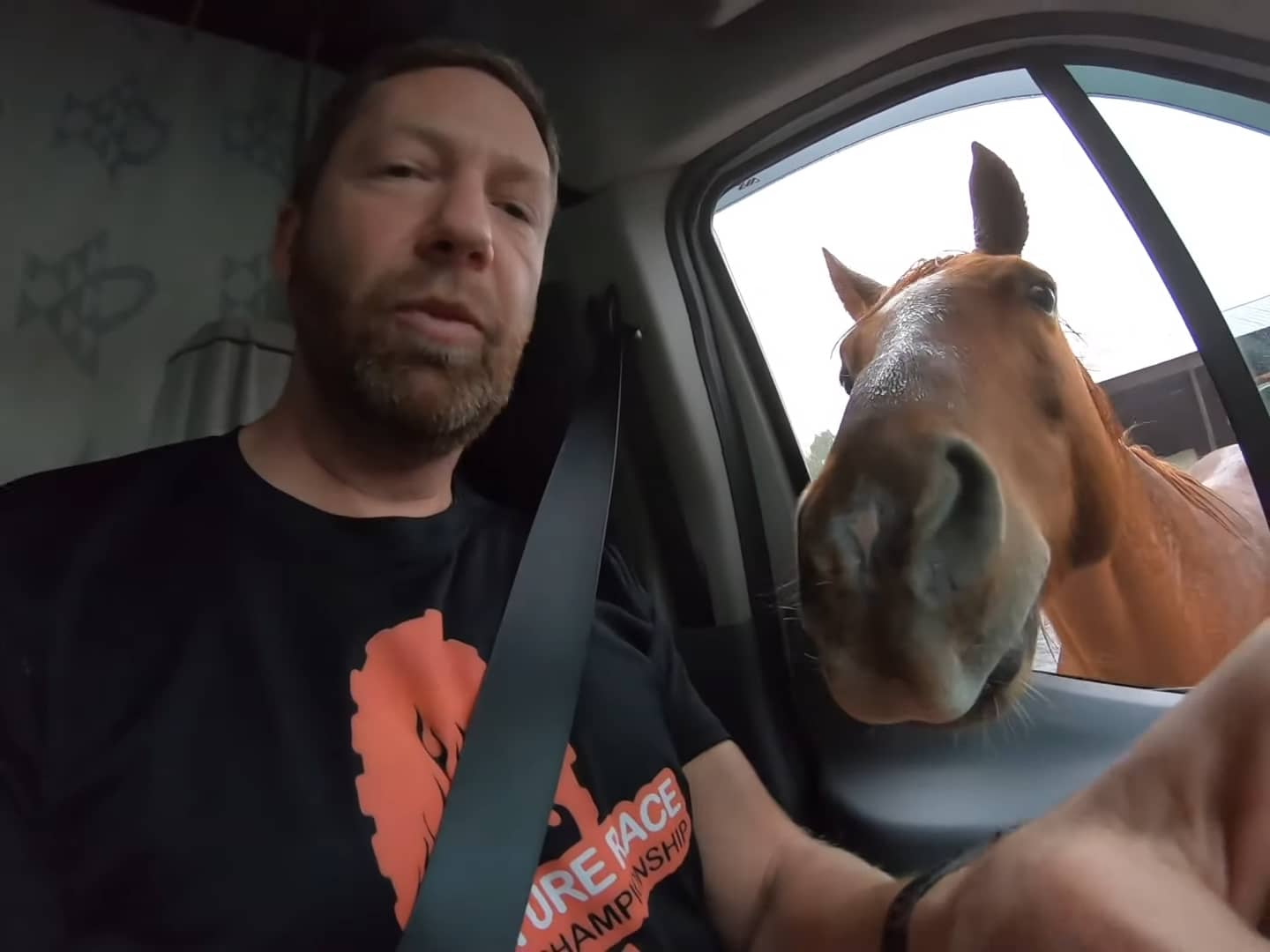 The horse in the videos can be noticed being crazy about Luna Bars – crafted and made with organic ingredients, as a subscriber commented that the horse expresses this sensation: “I’m not here for little feelings, I’m here for the food!”

Horses are curious about everything, their noses are very tactile and they love trying to figure things out as another user commented: ” The combination of the goofy horse nose in the camera and your giggling at him is just great. Love it! 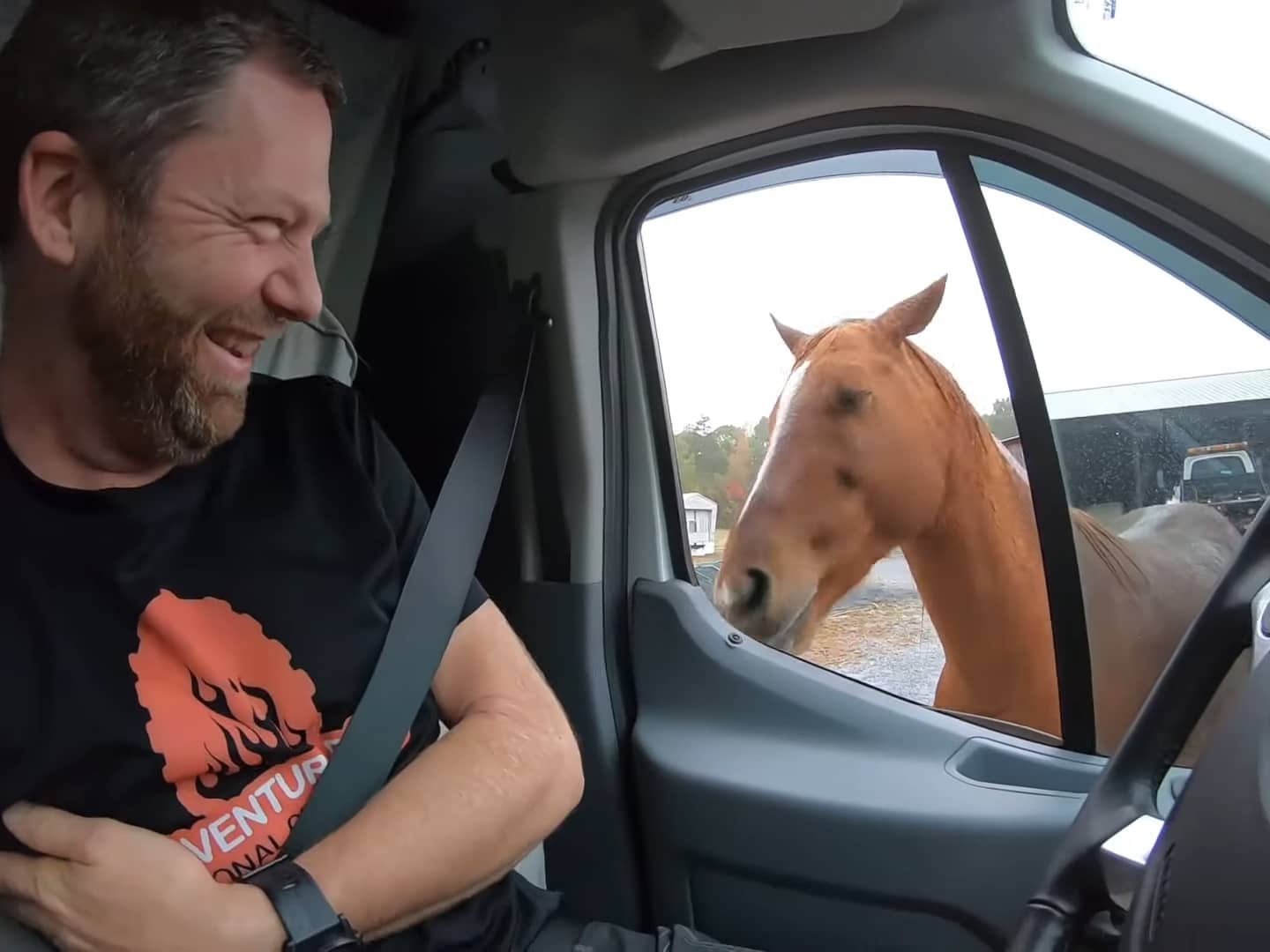 In the end, when they already had to abandon the horse and go on their journey the animal began to follow them as if had forgotten to thank them for the food offered.

That was a horse that had either escaped its fenced pasture or it was abandoned and when something like that happens need to contact a local large animal doc, they are usually the first people contacted if a horse is lost or stolen but in another case, you can appeal to the local sheriff’s office.