A pit bull attacks a horse as it is carrying people.

We often argue that animals may educate us to be more accepting of others who are different from us. This, however, does not always occur. And this is one of the instances where animals do not know how to be nice. A pit bull attacked a horse that was carrying some passengers . 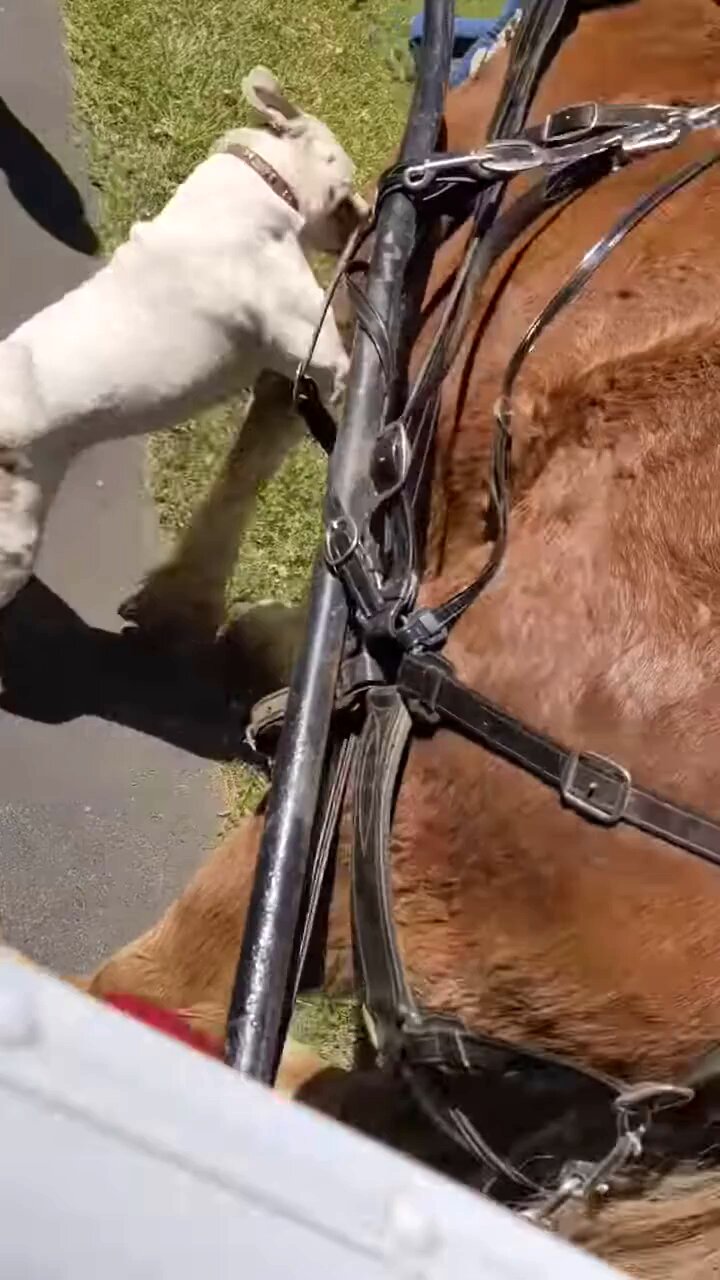 The dog repeatedly attacks the horse in the beginning of the video. The horse tries to defend itself while remaining calm and avoiding collapsing the wagon, which was carrying a mother and a young daughter.
The girl screams and sobs in panic, and her mother attempts to comfort her.
It seems like something out of a movie, yet it truly occurred.

The person in charge of the carriage jumped out and attempted to stop the dog from continuing its attack.

Pitbull continues to attack the horse after being struck numerous times by it. In one section of the film, blood can be seen, although it is unclear who it belongs to.
A woman hits the dog and calls him by name in an attempt to stop him. However, the dog did not stop.

It needed the involvement of others to bring the rampaging pit bull to a halt. They were able to halt him, and others were able to calm the horse.
The young child and her mother appear unharmed as they leave the cart.
The mother of the small girl recorded the entire incident.
Thanks  to the horse, which, although being continuously harassed, did not topple the cart and hurt the passengers. 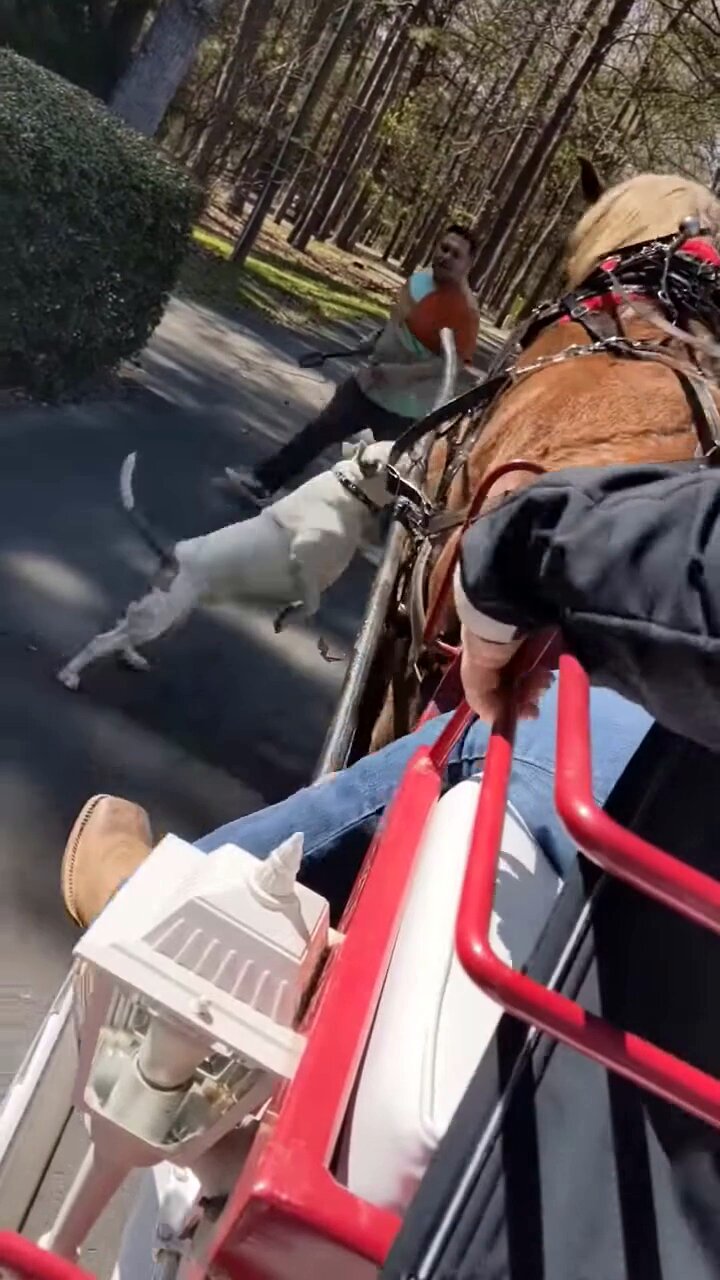 Not all animals are properly controlled. While some, such as the horse that did not lose its balance, are easily approachable in community. Other animals find it difficult to adapt to society and require intense training to do so.