I do not know why most of the videos for laughing and crying at the same time are in such poor quality. Just like this video that shows us why we should never approach a horse from behind without him . 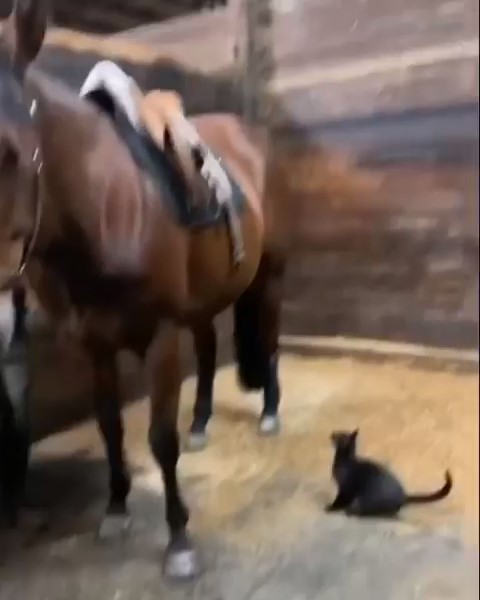 A young lady looks after her horse. Meanwhile, a black cat hopped onto the horse’s back, believing he could ride it. But it did not turn out the way the cat had hoped.

The horse had not realized that the cat was there and he was scared when something was thrown behind his back.  Which caused the horse to give a kick that flew the cat away.

I do not know if it was the cat’s bad luck or an exact blow from the horse but that blow caught the cat exactly in the body. 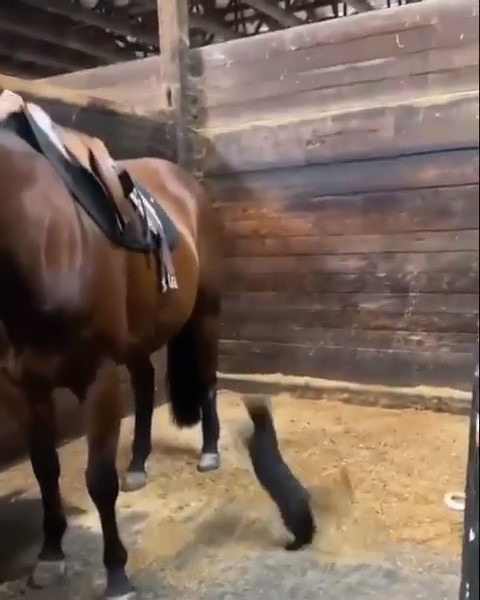 The horse was remained scared after the cat flew through the air from the blow. He didn’t comprehend what it was. As a result, the horse tried to leave the stable, but the girl who had been caring for him earlier stopped laughing and began to calm the horse.
She did, after all, manage to calm the horse down.
A few moments later, another voice could be heard asking what had occurred. 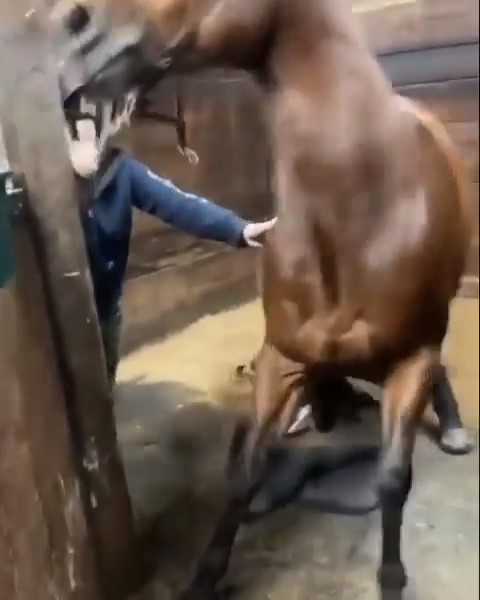 I believe the kitten has learned her lesson. It’s now time for us to learn something new.
Think carefully about approaching from behind a horse that hasn’t spotted you. Because his defensive reflexes will deliver a more powerful punch than a kick boxer’s.
You might possibly slip into a coma for a few weeks depending on where you are hit.
If this isn’t enough to persuade you, I’m not sure what more to say.