Did you ever hear about Monomoy Girl? Well, if not, take a look at this auction. Monomoy Girl is an American Thoroughbred racehorse who was the American Champion Three-Year-Old Filly of 2018 and Champion Older Female Horse of 2020.

Monomoy Girl opened her career with three straight victories, including the Rags to Riches Stakes at Churchill Downs in October 2017. She closed out her 2-year-old season with a hard-fought runner-up finish in the Grade 2 Golden Rod Stakes, also at Churchill. 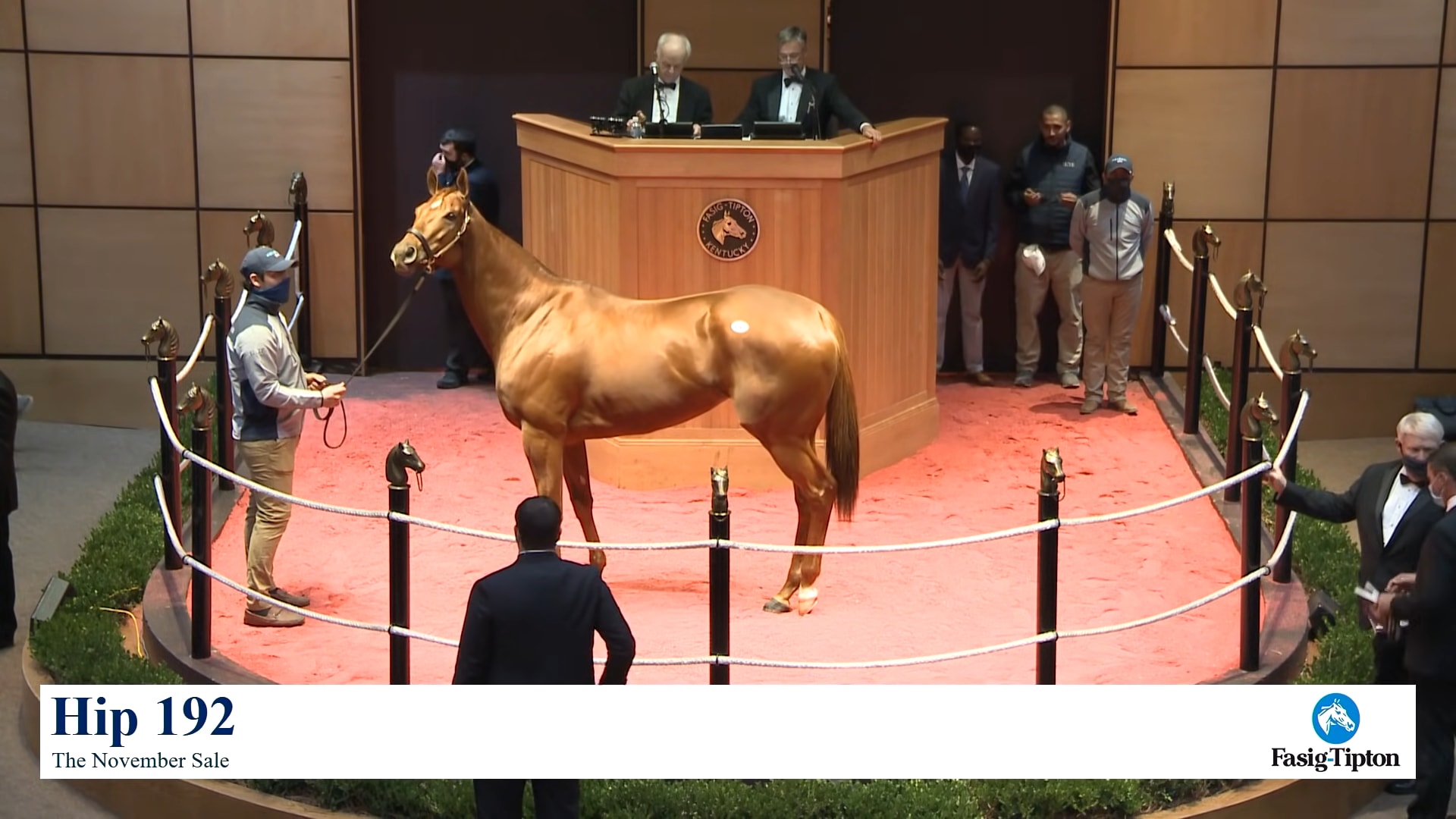 She showed very promising form as a juvenile in 2017 when she won her first three races before being narrowly beaten in the Golden Rod Stakes. In the following spring, she took the Rachel Alexandra Stakes and the Ashland Stakes before winning the Kentucky Oaks, the filly equivalent of the Kentucky Derby. She followed this up with wins in the Acorn Stakes and Coaching Club American Oaks but was disqualified to second for interference in the Cotillion Stakes. She then rebounded to win the Breeders’ Cup Distaff while facing older horses for the first time. 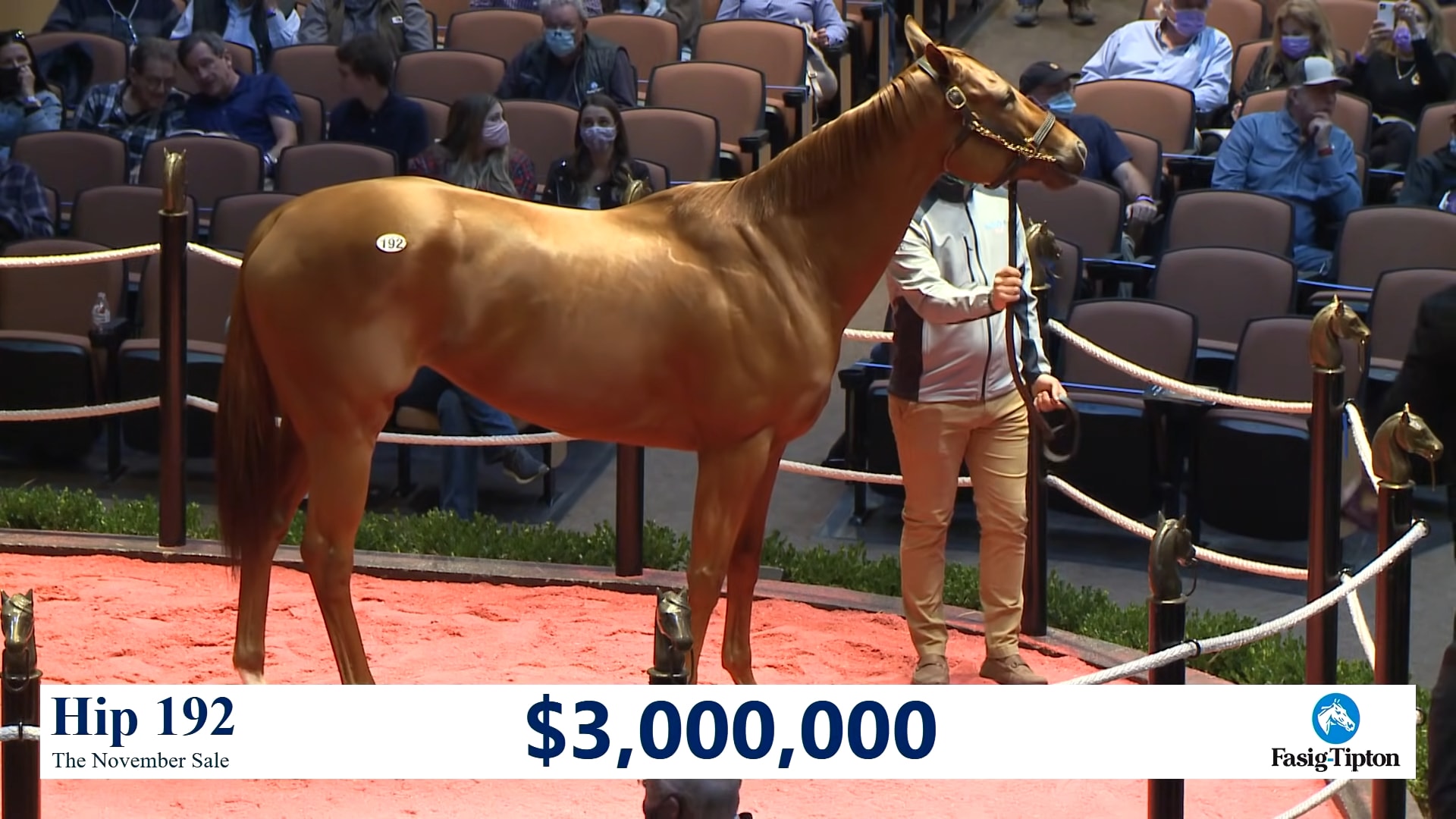 Monomoy Girl was sold to Spendthrift Farm for $9.5 million after her 2020 racing season. Presumably, she will be retired at the end of this year after the Breeders’ Cup and will settle in at Spendthrift, where she will be among the most valuable broodmares on the planet.

Unfortunately, Monomoy Girl spent time at WinStar in 2019 when she missed her 4-year-old season due to colic and a pulled gluteal muscle. Monomoy Girl was campaigned through the early part of her career by Michael Dubb and Sol Kumin’s Monomoy Stables, while The Elkstone Group and Bethlehem Stables bought in after her first four starts. After The November Sale, Kumin joined Spendthrift and MyRacehorse in partnership on the mare through his Madaket Stables banner for her 2021 campaign. 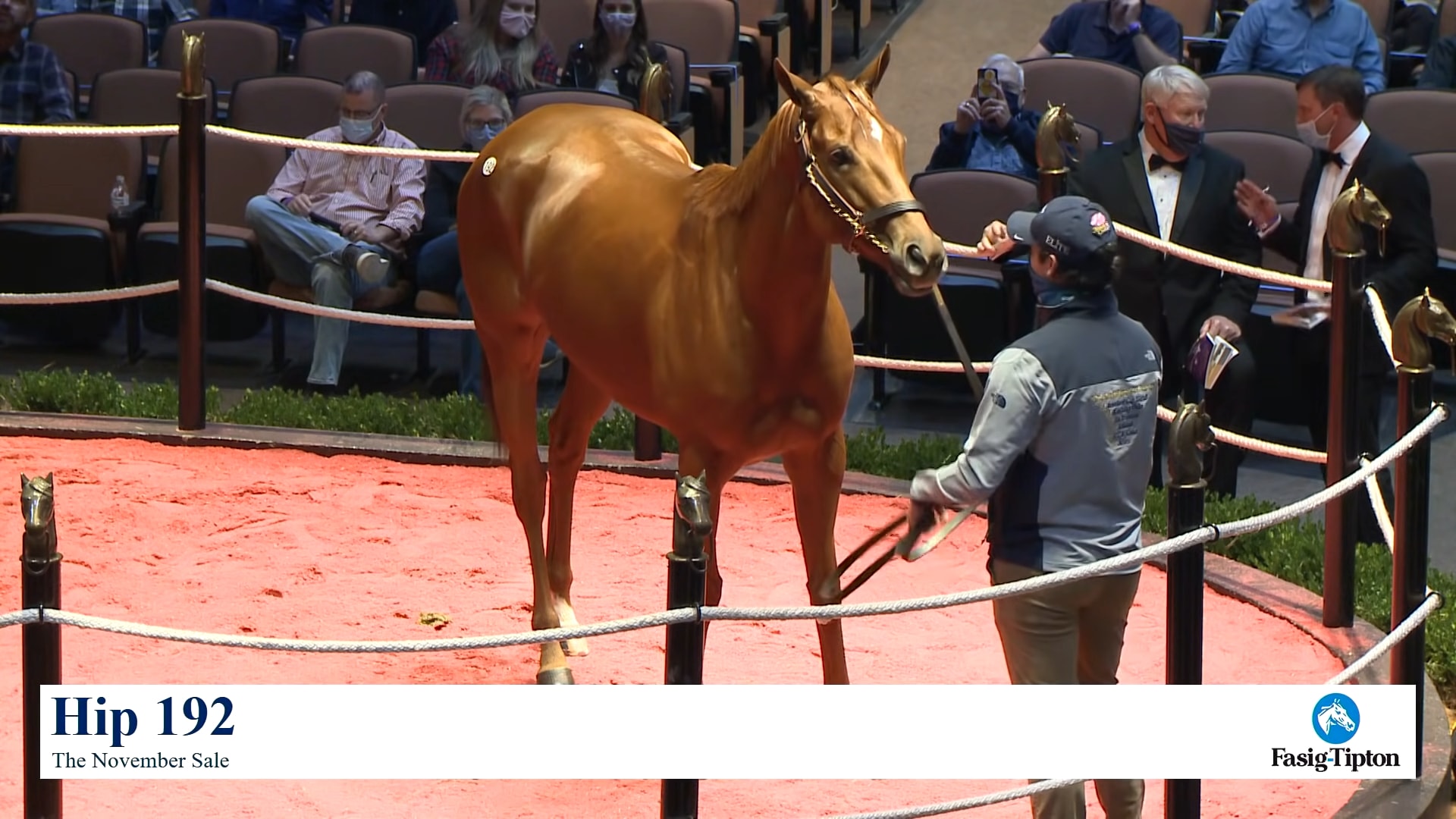 Monomoy Girl’s six-year-old debut was postponed when Oaklawn Park had to cancel racing in mid-February due to severe winter weather. She made her first start of the year on February 28, 2021, in the Bayakoa Stakes at a distance of 1+1⁄16 miles over a sloppy track. Going off at odds of 1-5 in a field of six, she stalked the early pace while racing four-wide, then took the lead at the head of the stretch. Geroux tapped her occasionally with the whip to keep her focused and she won by two lengths.